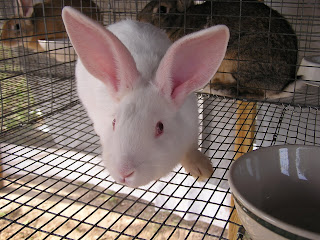 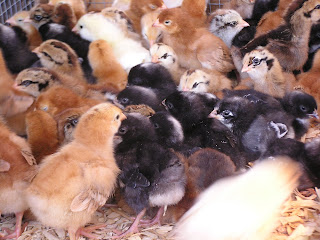 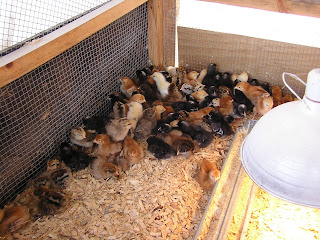 Speaking of rabbits, I have a new buck. A New Zealand from the Blaha's in Brooksville. He's still young, but I bought him because I thought my buck was defective. Not to worry though. I've finally gotten them to breed thanks to some advice from the Homesteading Today forum. Thanks to all who helped. Wheat Germ oil on the food and extra daylight hours by light bulb made a difference in only four days. We should have baby bunnies in a month. Yeah!
Posted by Laughing Chicken Farm at 9:24 AM 1 comment: