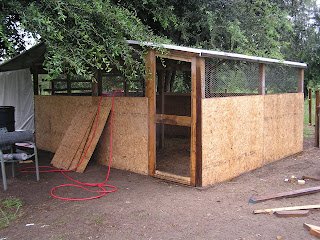 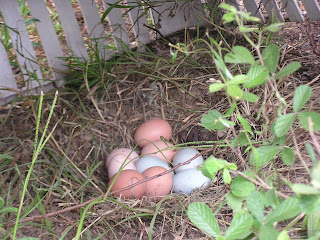 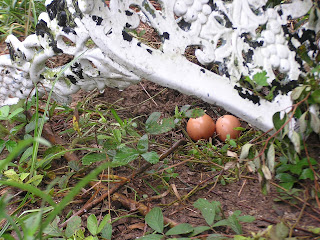 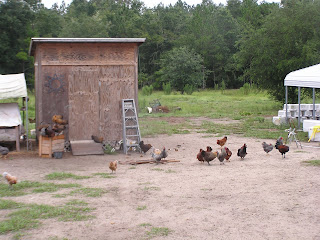 However, with all this mixing and matching it seems there is less bullying going on. The roosters have begun to crow and grow beautiful tail feathers, the hens are rounding out into fuller, more mature looking specimens. We are hoping that we can put them together again into one flock. They have to go somewhere. They have been climbing into our trucks if we leave the windows down. The plan is to catch them at night, clip their wings, and let them all wake up together in the new house. I sure would like to prove that wise chicken farmer wrong. I guess we'll see what happens.
Posted by Laughing Chicken Farm at 4:02 PM 1 comment: